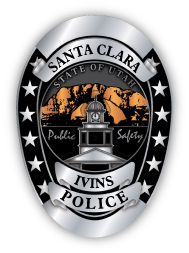 Our Officers and Staff

Robert Flowers has served as a Police Chief, Director of Public Safety for the State of Utah, Regional Director for Region VIII, Department of Homeland Security (FEMA), and was the Chair for the Utah Olympic Public Safety Command which with the United States Secret Service had responsibility for the security for the 2002 Winter Olympic Games. He has a Bachelor Science Degree from the University of Utah and Master’s Degree from the Naval Postgraduate School, Monterey, California. He led the creation of the Homeland Security Division for the State of Utah while serving as Commissioner of Public Safety and was involved in many public safety police issues. He was selected as a Presidential Appointee to serve as Regional Director for FEMA Region VIII.  While serving as the Regional Administrator, he lead FEMA’s effort during the Colorado historic snow events, flooding in the Dakota’s, and fires in Utah. He also teaches at Dixie State University. He also served in the United States Coast Guard and was a State Traffic Officer for the California Highway Patrol.

Sergeant Studley started in public safety as a volunteer firefighter and EMT in for the City of Ivins. In 2005, he attended POST and was hired by the city as a full-time police officer. Sergeant Studley has worked assignments such as Patrol Officer, Detective, and now as Sergeant. He has worked for the Washington County Drug Task Force, U.S. Marshals Office in the Joint Criminal Apprehension Team (JCAT), and as a member of the Washington County Children’s Justice Center team member.